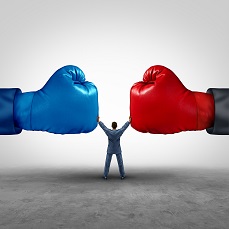 If an employee settles his or her individual dispute against an employer in mandatory arbitration, that employee can no longer serve as the lead plaintiff on a class action because he or she lacks standing as an “aggrieved employee,” under PAGA.

Kim had signed an arbitration agreement.  Reins moved to compel arbitration of Kim’s individual claims, dismiss the class claims, and stay the PAGA cause of action until arbitration was complete.

Kim accepted Reins offer of compromise under 998.  Kim dismissed his individual claims with prejudice and dismissed the class claims without prejudice.  That left only the PAGA cause of action intact.

The court lifted the stay on the PAGA cause of action and set a date for trial.  Reins filed a motion for summary adjudication on the PAGA class action.  Reins argued that Kim was no longer an “aggrieved employee” under the PAGA, because he had dismissed his claim.  Therefore Reins argued that Kim could not maintain the PAGA class action.  Kim opposed, asserting a plaintiff doe not lose PAGA standing by settling his individual claims against Reins.

The trial court granted Reins motion and dismissed the case.  Kim Appealed.  The Appellate Court held that Kim’s dismissal of his individual Labor Code claims with prejudice foreclosed his standing under PAGA.  Thus, the Appellate Court affirmed the trial court’s ruling that a plaintiff who dismisses individual claims, loses standing as an aggrieved employee under PAGA.

Published in All, arbitration, Civil and class action