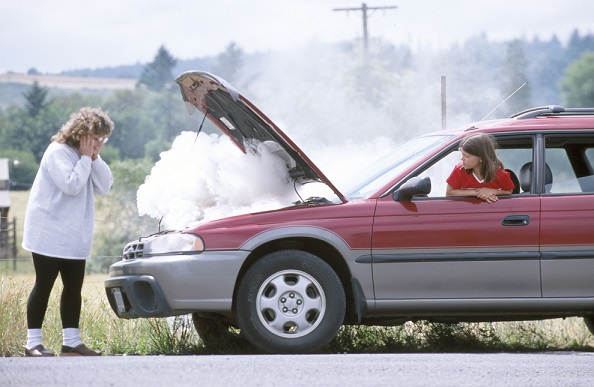 Facts of this story are derived from Flores v. Southcoast Automobile Liquidators Court of Appeal of the State of California, Second Appellate District Division Five.

Flores wanted to buy her first car.  She saw an advertisement from Discount Auto Plaza, (corporate name, Southcoast Automobile Liquidators).  The small print stated that the price advertised was only valid until noon that day.  Flores and her father made a total of two telephone calls to Discount Auto Plaza to confirm the price of the car, the condition of the car, and the miles of the car.

Flores drove an hour and a half to Discount Auto Plaza.  The car actually had 107,000 miles, instead of 42,000 miles.  The actual car had body damage.  Flores wanted to buy her first car then, anyway.  The contract specified a price of $17,401.  Flores asked why the amount did not state the amount agreed to.  The sales person, Maria Guadalupe Jauregui responded that “…just throwing numbers out and that number would not stay.”

The Appeal Court held that “…the remedies are cumulative,” and affirmed the trial court’s judgment against Discount Auto Plaza for its fraud.