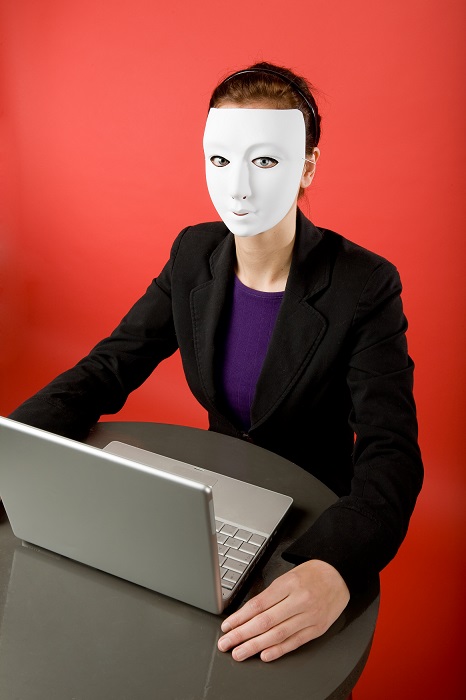 California court are increasingly making the largest Internet and social media companies identify their users who defame others.  Facebook, Twitter, Snapchat, Pintrest and others are losing court battles resisting the release of documents that identify otherwise anonymous defamers.


The issue of defamation from anonymous users of the Internet is growing.  The established technique of removing defamatory content, when the defamer is anonymous is to sue Does, and request production identifying the defamer.  However, large and powerful web sites and social media companies resist revealing their users’ anonymous identities.

The Holding of this case, Yelp!  Prima facie showing of defamation sufficient to compel discovery


On November 13, 2017, In Yelp v. the Superior Court of Orange County, Respondent Gregory M. Montagna, G054358 consol. w/G054422, the Court of Appeal State of California Fourth Appellate District Division Three, ruled that a trial court may compel production of documents that may reveal the identity of an anonymous user who defames plaintiff.

The Holding of the Yelp case is that a prima facie showing that an anonymous user of a web site has defamed plaintiff can be sufficient for plaintiff to obtain documents through discovery from a third party via a subpoena duces tecum, even though a web site may have standing to assert First Amendment defenses of its anonymous user.

Montagna filed a lawsuit against Sandra Jo Nunis and several Doe defendants alleging a single cause of action for trade libel.  Nunis had hired Montagna to file Nunis’ individual income tax form.  The contract specified a minimum payment of $200 for the service.  Nunis had represented that the tax form was simple.  However, the tax form was complex, and Montagna billed Nunis $400.  Nunis only paid $200, and Montagna issued a demand letter.

Yelp Inc. operates a website for consumer reviews.  A reviewer with the pseudonym Alex M. authored a negative review on Yelp.  Alex M. wrote that Montagna has prepared a “sloppy” return that needed “redoing” and that Montagna “verbally harassed” Alex M.  Montagna suspected that Nunis had written the review.  Montagna claims that the statements are untrue, as well as damaging to his profession.

Montagna sued Does 1 -30 and issued subpoenas to Yelp seeking documentation as to the identity of the reviewer Alex M.  Yelp refused to produce the documents.  Montagna brought a motion to compel production, along with sanctions.  Yelp opposed the motion, and also sought sanctions.  Yelp argued that the motion to compel would violate the First Amendment rights of the reviewer Alex M., and that Yelp had third party standing for Alex M to seek that defense in resisting the discovery.  Yelp also argued that Montagna had failed to allege sufficient facts to make a prima facie showing of defamation, and thus was not entitled to the discovery.

The trial court ruled that Yelp lacked standing, but that Montagna had made a prima facie showing of defamation, and that was enough to compel discovery.

Yelp has petitioned for a writ of mandate to overturn an order.  Yelp’s argued that:  (1) the trial court erroneously concluded Yelp lacked standing to assert the First Amendment rights of its anonymous reviewer as grounds for resisting the subpoena; and (2) the court further erred in concluding plaintiff Gregory M. Montagna, Sr., made a prima facie showing the content of the review posted on Yelp’s site by “Alex M.,” the anonymous reviewer, was defamatory.

ZL Technologies, Inc. v. Does 1-7 (2017) 13 Cal.App.5th 603 (ZL Technologies) recently analyzed the showing a plaintiff must make to justify an order compelling a website host to produce identifying information about a person who allegedly defamed the plaintiff in comments posted anonymously on the site.  (ZL Technologies, 13 Cal.App.5th at p. 610.)  The ZL Technologies court explained that such cases require the courts to resolve “‘a conflict between a plaintiff’s right to employ the judicial process to discover the identity of an allegedly libelous speaker and the speaker’s First Amendment right to remain anonymous.’” Id.

In ZL Technologies, Inc. rejected that once a prima facie showing of defamation is made that no “further balancing…[is]…required ‘[w]here it is clear to the court that discovery of the defendant’s identity is necessary to pursue the plaintiff’s claim,’ and the plaintiff makes a prima facie showing that a libelous statement has been made.”  (ZL Technologies, 13 Cal.App.5th at p. 617, fn. omitted.)

The California “…Supreme Court reaffirmed only recently in Williams, supra, 3 Cal.5th at page 541 (Williams), “a civil litigant’s right to discovery is broad.  ‘[A]ny party may obtain discovery regarding any matter, not privileged, that is relevant to the subject matter involved in the pending action . . . if the matter either is itself admissible in evidence or appears reasonably calculated to lead to the discovery of admissible evidence.’  [Citations.]  This right includes an entitlement to learn ‘the identity and location of persons having knowledge of any discoverable matter.’  [Citation.]  Section 2017.010 and other statutes governing discovery ‘must be construed liberally in favor of disclosure unless the request is clearly improper by virtue of well-established causes for denial.’  [Citation.]  This means that ‘disclosure is a matter of right unless statutory or public policy considerations clearly prohibit it.’  [Citation.]”  (Italics added, fn. omitted.)

The issue of defamation from anonymous users of the Internet is growing.  The established technique of removing defamatory content, when the defamer is anonymous is to sue Does, and request production identifying the defamer.  However, large and powerful web sites and social media companies resist revealing their users’ anonymous identities.  Facebook, Twitter, Pintrest, Google, Snap, Dropbox Twitter all wrote amicus briefs in support of Yelp.

Many of these arguments revolved around the web sites’ ability to assert third party standing on behalf of their users.

The Powers Court held that three criteria must be satisfied to for third party standing The three criteria are:  “(1) the litigant suffers a distinct and palpable injury in fact, thus giving him or her a concrete interest in the outcome of the dispute; (2) the litigant has a close relationship to the third party such that the two share a common interest; and (3) there is some hindrance to the third party’s ability to protect his or her own interests.”  Powers, 499 U.S. 400.

The Matrixx case was more similar to the instant case than Powers.  In Powers, the parties to the law suit were seeking third party standing for others.  In Matrixx, the third party seeking standing was not a party to the case.

In both Verizon and AOL the question was not (1) injury, or (3) hindrance to third party, but sufficiently close relationship.  Those courts found that the anonymity provided by a computer service provider was enough to create a sufficiently close relationship.  The courts specifically noted that without such anonymity, users would seek other providers, harming the provider at issue.

Glassdoor, Inc. v. Superior Court (2017) 9 Cal.App.5th 623 (Glassdoor) analyzed the third element, whether the person or entity asserting third party standing need to prove hindrance on behalf of the third party whom it is seeking standing for.

The Glassdoor case concluded that no, a non-party need not prove the third element, hindrance.  The reasoning of Glassdoor was the hindrance was a prudential element, and not a jurisdictional element.

Glassdoor held that a prudential consideration ‘should not be applied where its underlying justifications are absent.’  [Citation.]”  (Glassdoor, supra, 9 Cal.App.5th at p. 631.)

Thus, Glassdoor, held that the justifications of requiring hindrance were not present, and hindrance need not be present for a party to assert third party standing.

The growing problem of anonymous defamation is not disappearing.

However, increasingly, California Courts are overruling large and powerful Internet and Social Media companies’ aggressive resistance to victims’ first step in pursuit of justice against defamation, identifying the defamer.

Sponsored by: https://tedbroomfieldlaw.com a personal injury and privacy lawyer.

Published in All, Civil, Defamation and Featured

Ted Broomfield is one of the leading privacy attorneys in the San Francisco Bay Area. He helps clients remove harmful posts from the Internet and social media. He also gets his clients money when people take pictures of his clients without permission.