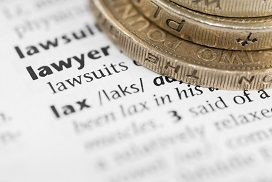 Don’t believe Christopher Britt when he promises to repurchase stock

Question – Is an oral agreement meant to induce a party into a purportedly complete written agreement enforceable?

In Kanno v. Marwit Capital Partners, II, L.P., Court of Appeal for the State of California, Fourth Appellate District, Division Four, the Appellate Court was called upon to determine whether the trial court’s admission of parol evidence was supported by substantial evidence.

Substantive facts – Kanno built a business, sold it to Britt.  Part of the consideration was equity in the newly formed entity that was a successor to the business Kanno sold.  To induce Kanno to sell, Britt Promised to buy those shares at a specific price, within a specific time frame.  Kanno failed to honor his promise, Kanno sued.

Kanno was the founder of three successful businesses that owned real property and had enjoyed substantial revenue growth over a number of years.  Eventually, Kanno wanted to sell those businesses.  Kanno wanted only cash as consideration.  Kanno hired an investment banker to help sell the businesses.

Marwit Capital Partners, II L.P. (“Marwit”) was interested in purchasing the business.  Marwit is a partnership owned by a parent Private Equity Firm.  Private Equity firms use partnerships to own and manage individual businesses.  Christopher Britt was a partner in several Marwit entities.

Kanno entered into a series of long negotiations with Marwit and specifically Britt.  Marwit and Britt can be called buyers.  The buyers did not want to use all cash as consideration.  Thus, the negotiations reached a standstill or impasse, because Kanno wanted all cash, and the buyers did not want to pay all cash.  The buyers wanted to pay some consideration in the form of equity in the final entity that would exist after the sale (“stock”).

As a solution to this impasse, various advisers proposed, and Britt agreed to make an oral promise to repurchase the portion of the consideration in stock from Kanno at a specific price, and within a specific time frame.  As the negotiations continued, Britt made such promises on multiple occasions.  According to the Appellate decision such statements included:

“During…[a]…conference…an…[adviser]….mentioned the mandatory redemption [stock repurchase] issue and advised that the parties could “handle this” by way of “an oral agreement.”  [Kanno’s representative]…repeated the terms from the prior meeting by stating:  “Marwit or [Britt] would purchase the stock back within three years and pay the coupon 8 percent.  That way it would be tax deferred.”  Britt stated:  “Okay, [Kanno], we can take care of that, that’s fine. We’ll do that.”  Kanno insisted that Britt “promise this to me.”  Britt paused and then said, “[o]kay, Albert, I promise.”

The business did not perform as expected.  Kanno resigned from his employment with the successor business, based on a disagreement with how it was managed.  Kanno requested that Britt repurchase the stock.  Britt refused.  Kanno sued.

Questions of law – Can an oral agreement made to induce a party into a purportedly complete written agreement be enforced?

With respect to the parol evidence rule as applied in California, the court explained:

If a writing falls within level 1 (the writing is a final expression) then a prior or contemporaneous oral agreement is admissible if it does not contradict the writing, and evidence of consistent additional terms may be used to explain or supplement the writing.

If a writing falls within level 2 (complete and exclusive statement) then evidence of consistent additional terms may not be used to explain or supplement the writing.  (§ 1856, subd. (b).)

The court looked at the circumstances of the transaction.  Specifically, the court looked to the substantial evidence indicating that the parties did not intend the agreement at issue to be a complete agreement.  Also, the court parsed the language of the stock subscription and found that it was not contradicted by Britt’s promise to repurchase the shares.  Under Delaware law, the court found that the language disclaiming any promise of possible sale to investor applied only to Kanno’s corporation as the investor, and not to Kanno individually.  Because Kanno was the recipient of the promise from Britt, and Kanno, individually was not a party to the stock subscription agreement, the Appellate Court found no contradiction in terms.

As such, the Appellate Court found that the parol evidence rule applied, and that Kanno could sue Britt for applicable claims.